Top stories of 2016 from ottumwa.com

OTTUMWA — Business news took two of the top three spots for news on the Courier’s website, ottumwa.com, in 2016.

Economic issues made headlines right from the start of the year, with the announcement that Kmart was pulling out of Ottumwa.

That came close on the heels of Target’s departure, a onetwo punch that hit Ottumwa in early 2016.

So it’s fitting in a way that the second business story on the list is about what will occupy the former Kmart location. Before the formal announcement, officials had described Hobby Lobby’s interest in Ottumwa as one of the worst-kept secrets in town.! That did nothing to diminish enthusiasm when Hobby Lobby showed up on an updated map of the site.

Sears Holdings, which owns Kmart, announced on Jan. 12 it would close the Ottumwa store. No date was given initially, just a

mid-April time frame. The store employed 38 people at the time of the announcement.

Two Indian Hills students from Cameroon were killed in April when the vehicle they were in pulled onto Highway 34 in front of a semi near Chillicothe. The crash was one of several at the intersection in the spring.

The owners of the Kmart plaza visited Ottumwa on Aug. 10 to take a look at the property. They played it coy publicly, declining to confirm Hobby Lobby’s interest in the site or whether a contract had been signed. The company’s own website gave away the news the next day, though, when a map showed Hobby Lobby as the renters of half of the former Km! art building.

While the precise number of students arrested was never announced, school officials confirmed that a fight was planned and students re-entered the building after the final bell to take part and watch. A Facebook video posted by one of those involved helped identify students.

Three people were in vehicles that collided on Highway 34 and T61 near Blakesburg in late April.

The crash was violent enough to roll one of the vehicles completely. While everyone survived the initial impact, a passenger later died of his injuries.

An early-morning robbery in March at the Kum & Go on Ch! urch Street sent police on a manhunt. After police made an arr! est it was discovered that the robber had used a BB gun for the robbery.

Most fatal traffic accidents happen on highways, where high speeds mean vehicles collide with fantastic amounts of force. Fatal crashes within cities, where speed limits are much lower, are considerably less common. But two people died in an overnight crash on the Ferry Street extension in May.

The robbery of Applebee’s in Ottumwa happened in April. Court filing suggest police quickly homed in on a pair of potential suspects, but the evidence wasn’t strong enough for an arrest until mid-June.

Both suspects reached plea bargains and the cases were moving toward resolution by year’s end.

A 10-year-old Ottumwa boy suffered serious injuries after being attacked by a pit bull in Ottumwa. The dog was euthanized after the attack, which raised questions about enforcement of Ottumwa’s ban on pit bulls.

An Ottumwa woman started the New Year with a big win in the multi-state Powerball game. While she missed the jackpot in the drawing, which was for a record $1.58 billion, the $50,000 she won was a pretty good consolation prize.

Matt Milner can be reached at mmilner@ottumwacourier.com and followed @mwmilner. 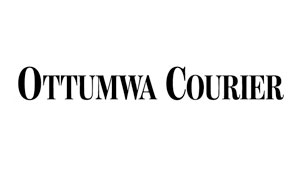