OTTUMWA — The regular meeting of the Ottumwa City Council on Tuesday night at City Hall was anything but regular, with two department reports highlighting the short agenda.

After the consent agenda was approved by council members, Larry Seals, director of Public Works for the city, and Mark Eckman, director of the Ottumwa Convention and Visitors Bureau (CVB), gave updates on their respective departments.

Seals gave an impromptu report on the snow removal program after Mayor Tom Lazio asked him to explain the process of getting snow off the roads during a snow event like the one Tuesday night.

“Each event is slightly different depending on the snowfall,” Seals said.

Once the trucks are able to get the emergency routes cleared to a satisfactory level, each of the trucks has its own route throughout the city. There are eight main routes that the trucks go over, and then smaller trucks are used for the downtown area and parking lots.

Seals told the council that the snow removal team in Ottumwa is one of the best around. He said they are able to get through the entire city in less than 24 hours during a regular snow emergency, and he mentioned that he could only think of one instance when it took more than 24 hours to get through all of Ottumwa.

“We do very well when compared to other cities in the area and the size of our crews,” Seals said.

Since Eckman’s last report to the council, the United States Travel Association released a report, titled the 2012 Economic Impact of Travel on Iowa Counties, that states how much visitors are spending in each Iowa county. Eckman said that the report looked very positive for Wapello County, with visitors spending $80.29 million during 2012, an increase of $5.01 million, or 6.7 percent, from the 2011 report.

The report also stated that the hotel/motel tax collected by the city of Ottumwa jumped 20 percent for the fiscal year 2013 (July 1, 2012, to June 30, 2013) from the previous year. Those numbers come from the 7 percent tax placed on travelers lodging in the municipal area and totaled $384,077 in the 2013 fiscal year.

He also explained that some of the projects in Ottumwa, like the Market Street Bridge reconstruction and Market on Main, need to be communicated to the traveling public in order to draw even more travelers to the area.

Eckman ended his report by telling the council what the CVB has in store for the near future. He mentioned the Bike the Byway event on June 21, which promotes the trail system and Market on Main, as well as changes that will be made to the CVB website, exploreottumwa.com, and the possible development of apps for Android and Apple devices.

There was also approval of the adoption of an administrative plan for a CDBG that will assist with the rehabilitation of several homes in Ottumwa. The grant was awarded in 2013, according to Planning and Development director Nick Klimek, and it will go toward rehabilitating more than 30 homes in the city so they meet the proper city codes and provide safe places to live. Klimek also mentioned that they hope to start construction on homes in the spring. 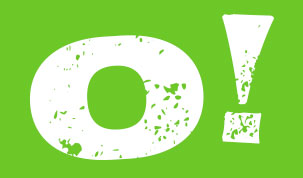 It’s official. With overwhelming support of both the membership and the boards of directors, Greater Ottumwa Partners in Progress (GOPIP) welcomes into the fold Ottumwa Economic Development Corp. and Ottumwa Area Chamber of Commerce, effective January 1, 2020. As part of its merger, Chamber, OEDC an...

Construction Progress Progress was slow through the Thanksgiving holiday, but much has been done over the last couple weeks! All of the major underground utility infrastructure work was completed in the Green Street intersection. This intersection is covered in gravel through the winter so that traffic ma...

The Future Meets the Past at Ottumwa Regional Airport
November 11, 2019

Much of what is now the Ottumwa Regional Airport used to be a World War II naval base. As such, the main runway dates back to the early 1940s, and although that runway is being replaced and expanded, its history will stay intact.   Runway 13-31 ...